It is a familiar experience. A congregation that had been growing in numbers and spiritual vitality reaches a plateau and then begins to decline. Most of the time, the plateau occurs long before the church arrives at the optimum number of members it hoped to attract. What has happened here? Why does growth slow down, stop, and then decline? The real question to ask, says Bob Whitesel, is why the church grew in the first place.

Most of the time young, growing churches make a series of decisions based not upon careful planning and analysis, but rather upon necessity and intuition. Thus these decisions are not planned strategies, but strategies that often occur by accident, owing their genesis to circumstance. These unplanned strategic decisions are driven not by knowledge, but often simply by the church's environment. When that growth slows, these same churches begin to engage in more careful planning. The problem is that this planning so often ignores the considerations and decisions that led to the church's growth to begin with. The result is stagnation and eventual decline.

In the plain, direct style that is his hallmark, Whitesel lays out where churches go wrong in their planning for growth and how they can correct themselves. He does so by looking at three related phenomena: first, the factors that cause initial growth; second, the erroneous decisions that lead to getting stuck on the plateau; and finally, corrective steps that churches can take to regain growth and vitality. 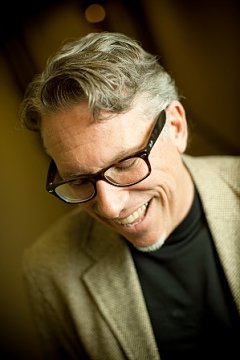 Bob Whitesel is a sought-after speaker/consultant on changing a church and has been called “the key spokesperson on change in the church today.” He is the author of twelve books. He is the founding professor of Wesley Seminary at Indiana Wesleyan University and a Fellow of the Billy Graham Center for Evangelism (BGCE) at Wheaton College. When not helping churches bring about healthy change, he helps churches recapture the multiethnic and missional methods of John Wesley in popular “Land and Leadership of Wesley Tours” to England.  His websites are www.WesleyTour.com and www.ChurchHealth.expert.