Troeger shares the secrets of capturing the imaginative spirit through exploration of the creative use of sight, sound, touch, and taste that leads to new visions for truth-telling and revelation in the sermon.

Here is the remedy for trite, boring sermons!  Thomas H. Troeger shows how to breathe fresh life into your sermons by harnessing your imaginative powers in a new way.  In scores of dynamic workshops, Troeger has shown preachers and seminarians how to create powerful sermons by seizing moments when the heart and mind catch fire.  Now, in Imagining a Sermon, Troeger shares the secrets of capturing the imaginative spirit within you.

You will discover how to observe daily events that can energize the preaching event.  You will also discover how to fine-tune your visual and listening skills to fuse televised, scriptural, and remembered images into new truths for your congregation. 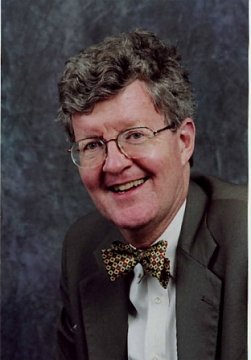 Thomas H. Troeger, Lantz Professor emeritus Yale Divinity School and Institute of Sacred Music, has written 24 books in the fields of preaching, poetry, hymnody and worship. His most recent books include: Song that Blesses Earth: Hymn texts, carols, and poems; A Sermon Workbook: Exercises in the Art and Craft of Preaching (with Nora Tubbs Tisdale); Music as Prayer: The Theology and Practice of Church Music.  He is also a flutist and a poet whose work appears in the hymnals of most denominations and is frequently set as choral anthems. Professor Troeger has a B.A. Yale University; B.D. Colgate Rochester Divinity School.  In 2014 the University of Basel, Switzerland, awarded him an honorary doctorate in theology for his international work in homiletics and his development of “a contemporary religious language which does justice to both aesthetic and theological demands.”  In 2016 he gave the Beecher Lectures at Yale on which his latest book, The End of Preaching, is based.  Ordained as a priest in the Episcopal Church and as a minister in the Presbyterian Church, he is now retired and living in Falmouth, Maine.