A major study of John Wesley's political ethics and an attempt to reformulate a Wesleyan orientation to political thinking by drawing the political implications of Wesley's "order of salvation".

Was John Wesley the "fanatical Tory" conservative of many political portraits, with his loyalty to the British monarchy, his support of taxation without representation, and his severe criticism of American independence? Or was he an emergent political liberal, condemning slavery, defending the rights and liberties of the British people, and urging government intervention in the economy to relieve hunger and poverty? This historical and theological study of Wesley's political thought concludes that he is understood best neither as Tory nor as liberal (both of which he was, in important respects), but as a staunch champion of limited constitutional government and of the subordination of power to law--in the context of the "Glorious Revolution" and the organic unity of the British community. Wesley's understanding of rights is a mixture of the historical and the natural, but is closer to the adaptive conservatism of Edmund Burke than to natural rights individualism in the following of John Locke.

Weber argues further that Wesley's deliberate exclusion of the people from politics can be challenged from within his own theology by recovering and developing his concept of the political image and integrating it with his understanding of the order of salvation. This process of recovery and integration discloses the political vocation for all humankind and opens the way to an authentically Wesleyan political language. It has significant implications also for rethinking Wesley's theology as such, and not only the Wesleyan language of politics.

This book addresses the apparent conflict between Wesley's own political stance and his proclamation of an inclusive gospel ("free grace to all."). It focuses on the "order of salvation" and a reorientation of Wesley's approach to the Trinity. It includes an historical exploration of Wesley's political context and commitments. It opens the possibility of an authentically Wesleyan political ethic and shows how diverse views within the Methodist tradition might be reconciled through a recasting of Wesleyan theology. It will help students to see how Wesley's contribution to the realm of ethics might not be negated by his own authoritarian and patriarchal political commitments. 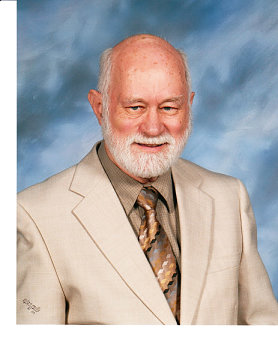 Theodore R. Weber is Professor of Social Ethics at Candler School of Theology, Emory University, where he has taught for over 30 years. He is well-known and highly regarded in the world of Christian ethics, and is a past President of the Society of Christian Ethics.