Introduces Christian ethics to a new generation of students

Beginning with five key ideas about Godâ€™s relationship to humanity and history, Dr. Lovin shows how these work together to shape the Christian stance. In the first three chapters, he then shows how those ideas took shape in relation to other ways of thinking about ethics in the world of early Christianity and identifies four major variations: Synergy, Integrity, Realism, and Liberation. The six remaining chapters cover historical and contemporary developments in the three ways of thinking about moral choices: teleology, deontology, and areteology. Test cases are also included.

The purpose of the book is to indicate what is possible in Christian ethics, rather than to prescribe one way that it ought to be done. The aim is not to get readers to choose one among the Christian possibilities and use it exclusively, but use this introduction as a resource to arrive at their own ways of thinking about moral problems in order to act with integrity. 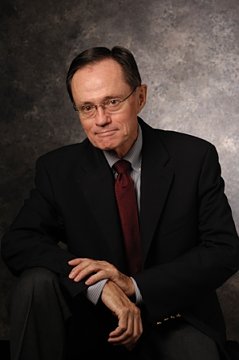 Dr. Robin W. Lovin (B.A., Northwestern University; B.D., Ph.D. Harvard University) is Cary Maguire University Professor of Ethics at Southern Methodist University. Prof. Lovin served as Dean of the Perkins School of Theology from 1994 until 2002 and previously held teaching positions at Emory University and the University of Chicago, and he was Dean of the Theological School at Drew University. He is an ordained minister of the United Methodist Church and is active in local and national church events. His research interests include social ethics, religion and law, and comparative religious ethics. He has served on the editorial boards of numerous scholarly journals, including the Journal of the American Academy of Religion, Studies in Christian Ethics, and the Journal of Law and Religion, and he is an editor-at-large for the Christian Century.