What does the most infamous criminal proceeding in history--the trial of Jesus of Nazareth--have to tell us about capital punishment in the United States?

What does the most infamous criminal proceeding in history--the trial of Jesus of Nazareth--have to tell us about capital punishment in the United States?

Jesus Christ was a prisoner on death row. If that statement surprises you, consider this fact: of all the roles that Jesus played--preacher, teacher, healer, mentor, friend--none features as prominently in the gospels as this one, a criminal indicted and convicted of a capital offense.Â

Now consider another fact: the arrest, trial, and execution of Jesus bear remarkable similarities to the American criminal justice system, especially in capital cases. From the use of paid informants to the conflicting testimony of witnesses to the denial of clemency, the elements in the story of Jesus' trial mirror the most common components in capital cases today.

Finally, consider a question: How might we see capital punishment in this country differently if we realized that the system used to condemn the Son of God to death so closely resembles the system we use in capital cases today? Should the experience of Jesus' trial, conviction, and executionÂ  give us pause as we take similar steps to place individuals on death row today? These are the questions posed by this surprising, challenging, and enlightening book 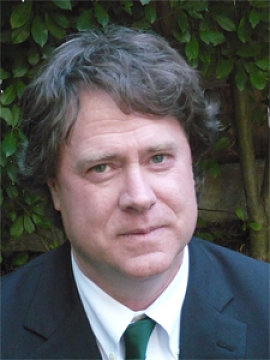 [2009] Mark Osler is Professor of Law at Baylor University School of Law. A former federal prosecutor, he is an expert on federal sentencing guidelines who has appeared on NPR's Morning Edition, ABC's Good Morning America, and in more than 30 newspapers. His work on sentencing has been cited and extensively quoted in a U.S. Supreme Court decision.