From the earliest meetings of the Civil Rights Movement to offering the benediction for the first African American President of the United States, Rev. Dr. Joseph Lowery has been an eyewitness to some of the most significant events in our history. But, more important, he has been a voice that speaks truth to power--inspiring change that moves us forward.

In Singing the Lord's Song in a Strange Land, you will find Dr. Lowery's most enduring speeches and messages from the past fifty years including Coretta Scott King's funeral and the benediction given at President Obama's inauguration. This book, however, is not simply a collection of words. It is the heart of a movement and a call to a new generation to carry the mantle--for all people. 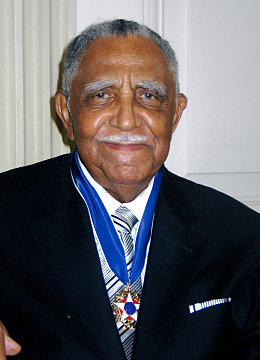 Joseph E. Lowery, a minister in the United Methodist Church, is an activist in the American civil rights movement. He served as the third president of the Southern Christian Leadership Conference from 1978-1998, after Rev. Dr. Martin Luther King and his immediate successor, Rev. Dr. Ralph David Abernathy, and participated in most of the major activities of the African-American Civil Rights Movement of the '60s.

In addition to speaking at Coretta Scott King s funeral and giving the benediction at President Barack Obama s inauguration, Rev. Joseph E. Lowery is most recently noted for winning the Presidential Medal of Freedom. His numerous other awards include: the NAACP award at its 1997 convention for dean of the civil rights movement, and Lifetime Achievement Award. He also received the Martin Luther King Jr. Center Peace Award and the National Urban League s Whitney M. Young, Jr. Lifetime Achievement Award in 2004. Ebony has named him one of the 15 greatest black