An illustrated introduction to the history and archaeology of early Israel.

How did Israel become a people? Is the biblical story accurate? In what sense, if any, is the biblical story true? Are the origins of these ancient people lost in myth or is there hope to discovering who they were and how they lived? These questions divide students and scholars alike.

While many believe the "Conquest" is only a fable, this book will present a different view. Using biblical materials and the new archaeological data, this title tells how the ancient Israelites settled in Canaan and became the people of Israel.

The stakes for understanding the history of ancient Israel are high. The Old Testament tells us that Yahweh led the Hebrews into the land of Canaan and commanded them to drive its indigenous inhabitants out and settle in their place. This account has often served as justification for the possession of the land by the modern state of Israel. Archaeology is a "weapon" in the debate, used by both Israelis and Palestinians trying to write each other out of the historical narrative. This book provides needed background for the issues and will be of interest to those concerned with the complexity of Arab-Israeli relations.

"â€¦the author presents the various arguments of the people involved in this debate. He gives the views of evangelical scholars who believe in the trustworthiness of the biblical text, the views of those who present a minimalist or revisionist view of the text, and the views of those who are in between. In the end, he presents his own views and conclusions in light of the biblical and archaeological evidence. Hawkins recognizes the merits of the biblical text without rejecting the evidence provided by the archaeological data...the book contains many black and white pictures, a list of the archaeological periods, the names of all the pharaohs of the Eighteenth and the Nineteenth Dynasties, several charts, and a Glossary that explains many of the terms used in the book. How Israel Became a People is a book worth reading. Those who do so will gain a wealth of information about early Israel."
--Claude Mariottini, Professor of Old Testament, Northern Baptist Seminary 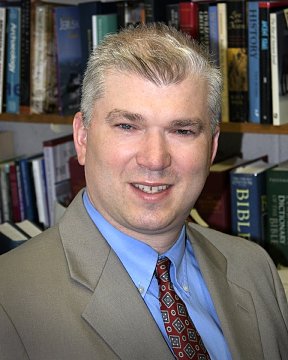 Ralph K. Hawkins (Ph.D., Andrews University) is an Associate Professor of Religious Studies at Averett University in Danville, Virginia, and is a research associate with the Horn Archaeological Museum in Berrien Springs, Michigan. (as of 5/25/12 KA)