Heaven and earth interlock in the person of Jesus, a Jew from Nazareth.

Jesus defies simplistic, effortless, undemanding explications. To be sure, Jesus often communicated his truth in simple, homely, direct ways, but his truth was anything but apparent and undemanding in the living. Common people heard Jesus gladly, not all, but enough to keep the government nervous, only to find that the simple truth Jesus taught, the life he lived, and the death he died complicated their settled and secure ideas about reality. The gospels are full of folk who confidently knew what was what—until they met Jesus. Jesus provoked an intellectual crisis in just about everybody. Their response was not, "Wow, I've just seen the Son of God," but rather, "Who is this?" -from the Introduction The church uses the concept of “Incarnation,” (from the Latin word for “in the flesh”) to help us understand that Jesus Christ is both divine and human. The Incarnation is the grand crescendo of our reflection upon the mystery that Christ is the full revelation of God; not only one who talks about God but the one who speaks for and acts as God, one who is God. About the Series: Belief Matters is a series of easy-to-understand books designed to show that by thinking more clearly about faith, persons can love God more fully, live with confidence, and change the world. Conversational in tone, these books are reflections on major theological topics and are suitable for individual or group study. 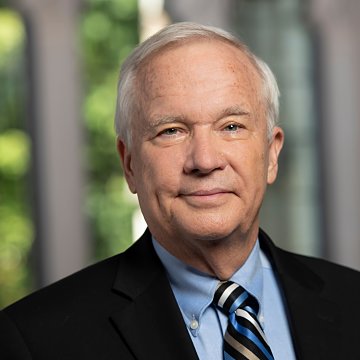 Will Willimon is a preacher and teacher of preachers. He is a United Methodist bishop (retired) and serves as Professor of the Practice of Christian Ministry and Director of the Doctor of Ministry program at Duke Divinity School, Durham, North Carolina. For twenty years he was Dean of the Chapel at Duke University. A 1996 Baylor University study named him among the Twelve Most Effective Preachers in the English speaking world. The Pew Research Center found that Will was one of the most widely read authors among Protestant clergy in 2005. His quarterly Pulpit Resource is used by thousands of pastors throughout North America, Canada, and Australia. In 2021 he gave the prestigious Lyman Beecher Lectures on Preaching at Yale Divinity School. Those lectures became the book, Preachers Dare: Speaking for God which is the inspiration for his ninetieth book, Listeners Dare: Hearing God in the Sermon.