Resistance to change can be deadly to new leadership.

Most new leaders hear the same phrase in some form: “This is the way we do it here.” Resistance to change is common, and it is deadly to new church leadership. Leadership transition is a critical point for the church and its new leader. Incoming leaders need a realistic perspective and practical ideas, whether their successor was long-term or interim, highly effective or dysfunctional, beloved or unpopular. The author writes from personal experience: He helped transform a small, dying congregation, and later transitioned into leadership at a nationally recognized, historic congregation. He draws from these experiences and biblical examples to focus on practical principles, empowering the new leader to build a solid foundation. The Next leader is calm, determined, and effective, no matter who came before. 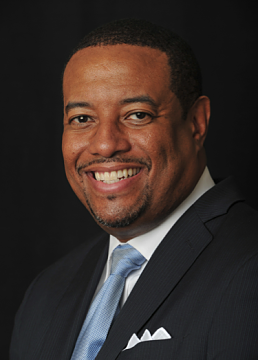 Dr. Marvin Anthony Moss is the Senior Pastor of Cascade United Methodist Church. He is a graduate of Hampton University, the Naval Chaplains Reserve Officers School; holds a Master of Divinity Degree from Gammon Theological Seminary at the Interdenominational Theological Center (ITC); and a Doctor of Ministry Degree from Drew University. He is a member of Kappa Alpha Psi Fraternity and 100 Black Men of Atlanta, Inc. He has been the recipient of countless awards including the Denman Evangelism Award for Church Growth, the Freeman United Methodist Men Leadership Award, the NAACPâ€™s 2009 Emancipation Award and, Gospel Choice Award, an Excellence in Spiritual Leadership Award and, in April of 2009, he became one of 58 inductees into the Martin Luther King Jr. Board of Preachers of Morehouse College. He is a member of Leadership Atlanta Class of 2011.