Deep inside each one of us is a deep empty space. We work and strive with great energy toward ideals and objectives that, in the quiet of the night, when we are alone with our thoughts, we know will never fill that space. This human chafing point is universal and although we become quite accomplished at hiding it, it never leaves us. It is always there, under the surface, this struggle to figure out who we are supposed to be as humans, with each other and with God.

It is this most basic human struggle that author Phil Needham addresses in When God Becomes Small. This beautiful, profound book looks with clarity and compassion at our human misconceptions of God and of ourselves.

We seem naturally obsessed with more, bigger, and we despise what is small, or less.

We make God out to be something God is not, we misunderstand the greatness of God, and see God as gigantic, distant, remote.

At the same time, we make ourselves out to be smaller than we are, and our lives less significant than they are. We let ourselves off the hook, so that we can downgrade our self-expectations.

Â But Phil Needham does not leave us there. As the book unfolds we see how God saves us from these misconceptions. And we learn how we might follow God to the freedom of becoming small. 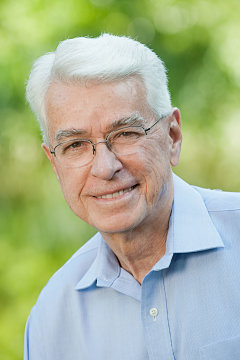 Phil Needham is an author, scholar, lecturer, traveler, father and grandfather, and a retired officer in The Salvation Army. He was born in Baltimore, MD, and has lived and/or served in the US, Canada, the United Kingdom, South Africa, Ghana, Zimbabwe, Finland, Norway, Switzerland, Brazil, Chile, Jamaica, New Zealand, and Australia. He holds Master s of Divinity and Master s of Theology degrees from Princeton Theological Seminary, and a Doctor of Ministry degree from Candler School of Theology, Emory University.
Phil spent 38 years as an officer in The Salvation Army, serving as a pastor, teacher, and leader at the highest ranks of the organization. He served as a Dean and later as Principal of the Evangeline Booth Training College, and as Principal of the International College for Officers. His stateside appointments included Divisional Commander for the Georgia Division, and Chief Secretary for the Western Territory, which includes the Western states, Hawaii, the Marshall Islan