Sometimes the time you most need to pray is when you are least able to—these are the prayers you offer.

Almost everyone prays: believers, unbelievers, wanna-be believers and might-have-been believers. It assures us all in our many parts and many moods that everything is going to be okay, despite any evidence to the contrary. When people say “I don’t know how to pray,” what they often mean is “I don’t believe.” Or perhaps they are struggling with disappointment or anger with God and have taken a break from their prayer life. This book is written to remove these obstacles to prayer and to show how honest prayer doesn’t require belief or trust nor does it need constant satisfaction. This book introduces new ways of prayer and thinking about what prayer is--to offer the reader a new experience because sometimes our heart has a wisdom that our head does not. Whether you are someone who believes, hopes to believe, almost believes or simply trusts that offering a prayer means something, this book is for you. 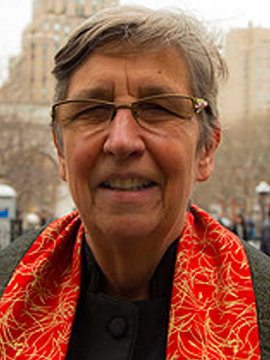 Donna Schaper serves as Senior Minister at Judson Memorial Church in New York City. She has also served churches in Florida, Massachusetts, Pennsylvania, and Arizona. She is the principal in a consulting firm called Bricks Without Straw, which shows not-for-profits how to raise energy and money and capacity, and has been involved with a series of turn-around congregations and a host of social-action issues. In addition to serving as pastor, she has written several books. Donna lives in New York, New York.