A widower with a painful secret. A Saint Bernard who seeks to set things right. The interactions between the two are nothing short of life-changing.

George Gibson is determined to check off the last item on his bucket list: a trip across America. He hops in his RV to visit - and sketch - the buildings and places across America that he and his wife never got to see. When his daughter learns of a young boy forced to give up a beloved Saint Bernard named Lewis, she suggests George adopt the animal as a traveling companion. The dog even fits perfectly in the sidecar of George's Vespa motor scooter.

As George warms to his travel mate, he begins talking to Lewis, sharing stories from his life and his unrealized dreams. Along the way, Lewis seems to attract people and make instant friends with the quirky and charming, funny and odd people who cross their path.

Could it be that his new friends - and this strange dog - will help George to finally confront the secret he's been hiding? Can Lewis's devotion to the truth be enough to save George from himself? 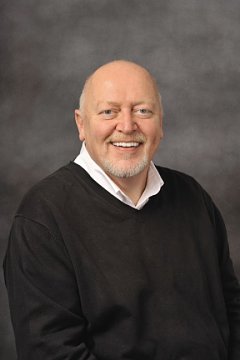 Jim Kraus grew up in Western Pennsylvania and is a graduate of the University of Pittsburgh. He attended the Paris-American Academy in 1971 and has spent the last twenty years as a vice-president of a major Christian publishing house. He has written more than 20 books and novels (many with his wife, Terri) including the best-selling The Dog That Talked to God (Abingdon Press, 2012). His book, The Silence, was named as one of the top five releases in 2004 by the Christian Book Review website. He is also an award-winning photographer. He and his wife and 14-year-old son live outside of Chicago with a sweet miniature schnauzer and an ill-tempered Siberian cat.