A guidebook for spirituality in a post-Christian world.

Have you left the faith you used to have but don’t know what to move toward? When you can’t see the road ahead, do you feel lost and alone? Do you wish you had a group of companions willing to wander with you?

Welcome to the Dark Wood.

As you journey through the unknown, you may feel tempted, lost, and uncertain. Though commonly feared and avoided, these feelings of uncertainty can be your greatest assets on this journey because it is in uncertainty that we probe, question, and discover. According to the ancients, you don’t need to be a saint or spiritual master to experience profound awakening and live with God’s presence and guidance. You need only to wander.

In clear and lucid prose that combines the heart of a mystic, the soul of a poet, and the mind of a biblical scholar, Dr. Eric Elnes demystifies the seven gifts bestowed in the Dark Wood: the gifts of uncertainty, emptiness, being thunderstruck, getting lost, temptation, disappearing, and the gift of misfits.

This is a book for anyone who feels awkward in their search for God, anyone who seeks to find holiness amid their holy mess, and anyone who prefers practicality to piety when it comes to finding their place in this world. 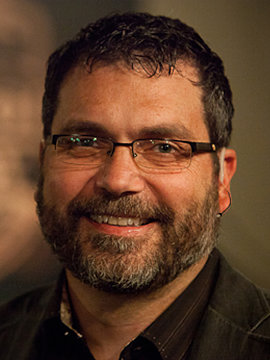 Eric Elnes (PhD, Princeton Theological Seminary) is a pastor, speaker, and media host. He is the author of The Phoenix Affirmations: A New Vision for the Future of Christianity and Igniting Worship: The Seven Deadly Sins. His book Asphalt Jesus: Finding a New Christian Faith on the Highways of America was the result of his 2,500-mile walk from Phoenix to Washington, DC, that promoted awareness of progressive/emerging Christian faith and inspired a feature-length film called The Asphalt Gospel. Since then, his interactive weekly webcast Darkwood Brew has gathered people from around the world for an engaging exploration of Convergence Christianity. Elnes lives with his wife and daughters in Omaha, Nebraska, where he also serves as senior pastor of Countryside Community Church (UCC).