The Church Money Manual is the most up-to-date and easy-to-use handbook for churches seeking better ways to manage finances. Brief and straightforward chapters each focus on a specific problem or issue. The book covers topics of day-to-day operation and the perennially critical themes related to church money management and stewardship.

Some examples include:
· Planned giving and endowment funds.
· Strategies to increase end-of-year giving.
· First steps for the newly-appointed pastor.
· Pastors’ knowledge of donors and giving in their church.
· Timing of building projects and capital campaigns.
· Special offerings.
· Selecting members for the finance committee.
· What to do when giving is down.
· Preaching about tithing. 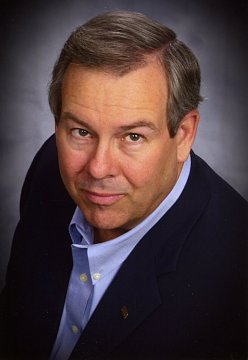 Christopher founded the Horizons Stewardship Company in 1992 following a challenging career in pastoral ministry.  He serves as the company’s CEO to this day.  In his twenty years as a pastor, he led numerous major building and capital campaigns.  Since founding Horizons, he and his strategists have led consultations in over 2,000 churches, conferences, synods and diocese in all phases of building, finance, and church growth raising billions of dollars for ministry.

Christopher is a certified church growth consultant and has earned the coveted title CFRE (Certified Fund Raising Executive).  In 1995, he was given the National Circuit Rider Award by the United Methodist Church for outstanding leadership in developing vital congregations. He has personally worked in over 42 states and is a frequent speaker at stewardship seminars around the country.  He is the co-author of the book Holy Smoke, the author of Not Your Parents’ Offering Plate, Whose Offering Plate Is It?, Rich Church - Poor Church and The Church Money Manual.

Dr. Bill Easum, noted consultant and author, said, “No one knows more about local church stewardship than Clif Christopher.”  Mega church pastor, Adam Hamilton said, “When I have a stewardship question, I call Clif Christopher.”  Foundation director, David Atkins said, “Clif is one of the most effective communicators in the field of church fundraising today.”  Author and highly successful pastor, Mike Slaughter said, “Clif Christopher is one of the top authorities on church finance and stewardship in America.”  Abingdon Press has described him as “The leading voice of finance and stewardship in the Christian Church.”

Christopher has been an ordained minister of the United Methodist Church since 1975, is a combat veteran of the Gulf War, and is married and living in Little Rock, Arkansas.

Whose Offering Plate Is It?