An introduction to and primer on African American preaching.

The Introduction to African American Preaching is an important, groundbreaking book. This book acknowledges African American preaching as an academic discipline, and invites all students and preachers into a scholarly, dynamic, and useful exploration of the topic.

Next Thomas traces the relationship between homiletics and rhetoric in Western preaching, demonstrating how African American preaching is inherently theological and rhetorical.

He then explores the question, “what is black preaching?” Thomas introduces the reader to methods of “close reading” and “ideological criticism.” And then demonstrates how to use these methods, using a sermon by Gardner Calvin Taylor as his example.

The next chapter considers the question, “what is excellence in black preaching?”


Thomas next turns to questions about the relevancy of the church to the Millennial generation. Specifically, how will the African American church remain relevant to this generation, which is so deeply concerned with social justice? 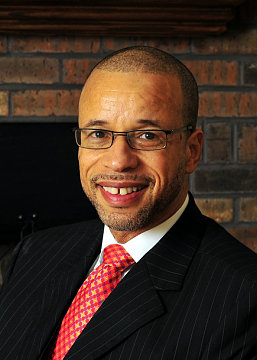 Frank A. Thomas currently serves as Nettie Sweeney and Hugh Th. Miller Professor of Homiletics and Director of the Academy of Preaching and Celebration at Christian Theological Seminary of Indianapolis, Indiana.