African orthodoxy today is the same faith that was confessed by Athanasius and Augustine seventeen centuries ago.

African orthodoxy today reveals the same powerful faith that was confessed by Athanasius and Augustine seventeen centuries ago.

Classic African Christian teaching in the patristic period (100–750 AD) preceded modern colonialism by over a thousand years. Many young African women and men are now reexamining these lost roots. They are hungry for accurate information about their Christian ancestors.

Thomas C. Oden asks readers to recapture the resonance of a consensual orthodoxy, the harmony of voices celebrating the apostolic testimony to God’s saving work in Jesus Christ, witnessed to in scripture and understood best by African interpreters of the faith. In ten seminars, Oden invites discerning readers to reclaim and reaffirm Christian faith as it emerges from thoughtful conversations between contemporary and ancient African interpreters of orthodox faith.

“This new book by Tom Oden is remarkable and historic. His words challenge the worldwide church to return to the true fountain of living water, Jesus Christ. He specifically encourages us Africans to continue to seek the treasures left to us by our early church fathers and mothers in order to reshape the Christian mind now as they did in the first millennium.” –The Most Rev. Dr. Mouneer Hanna Anis, Archbishop of the Episcopal/Anglican
Diocese of Egypt with North Africa and the Horn of Africa

“A thought-provoking book with factual evidences emphasizing the continuity of global orthodoxy that emanated in Africa and has been nurtured by Africans from the time of Mark the evangelist to the present. People yearning to discover the intellectual and classical African Christian roots will find the book very helpful.” –Thomas A. Oduro, President, Good News Theological College & Seminary, Accra, Ghana

“While Tom Oden writes about Africans for Africans, The Rebirth of African Orthodoxy:  Return to Foundations is also addressed to all Christians everywhere who ask, ‘What is God doing in the world today?’ The author proposes that the clue to what God is doing in the present is to be found in what God has done in the past, for ‘the Holy Spirit has a history.’ Tom directs us to look to Africa, where the ancient African Christian orthodoxy is being reborn in the African church today, making it a witness to the whole church everywhere.” –Timothy W. Whitaker, retired bishop, Florida Conference of The United Methodist Church 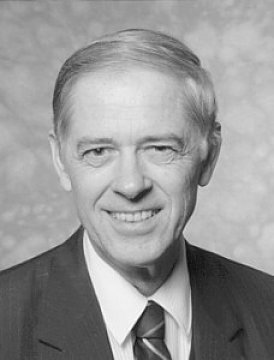 Thomas C. Oden, the retired Henry Anson Buttz Professor of Theology and Ethics, is an ancient ecumenical evangelical with a passion for orthodoxy. For over thirty years he taught at Drew University and came under the influence of his “irascible, endearing Jewish mentor” Will Herberg. Herberg bluntly told Oden that he would remain “densely uneducated” unless he “read deeply in patristic writers.”  This focus on patristics (the early church fathers) helped professor Oden to realize that modernity is over. As he probed the early church writers for several decades, he incorporated and rechanneled his activism and idealism for the modernist social gospel into a recovery of the classic religious tradition.  Scripture found new life in him, which means he repented an enthrallment with progressive social causes in favor of a stable two-thousand year memory, which he defines as orthodoxy.