A new way of making decisions for churches.

Recent political events in the USA indicate that ordinary people are weary of traditional politics and ways of doing business in the halls of power. A similar mood is present in churches around the world. Ordinary church members are tired of the fighting and politicking that seem to privilege the same people all the time. They want a new way of making decisions in their churches and in their representative meetings. This book shows them how such a hope can be realized.

Robert’s Rules of Order, or the traditional parliamentary style of decision-making used in many churches, can work for simple decisions that are aggregated and passed by consent. For complex and divisive issues, churches need a decision process that does not result in a combative, winner-take-all approach to church life. A healthy church also tries to involve commitment from a wide range of stakeholders rather than privilege a few well-informed and capable speakers. A vital and healthy congregation yearns for a more collaborative, respectful, encouraging, engaging, and empowering process.

This book on discernment in the church provides a step-by-step guide on how to create a new way of working together. Drawing on tried and tested processes, it advocates for a consensus building approach and showing people how it can work in their setting (local church or judicatory meetings). Readers will learn how to design a consensus building business process for their church meeting while still respecting the denominational and legal requirements under which they must operate.

This book is for leaders, members of church boards and committees, and church members who know that there is something wrong with the present system but don’t know what to do about it. This guidebook is hopeful, inspiring, and practical.

Julia Kuhn Wallace is a layperson that has served on the staff of the General Board of Discipleship of the United Methodist Church. Her areas of expertise include: Mediating Church Disputes and Transforming Conflict; Assessing Congregational Vitality through Church Potential Studies; Choosing Viable Options for Declining Congregations; Leading Strategic Change and Visioning.
She has worked at all levels of the Church as well as denominational task forces and gatherings.  She is a respected Presenter, Group Facilitator, Consultant and Missiologist. 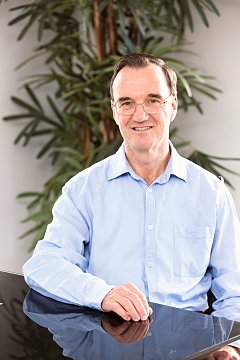 Terence Corkin is an ordained Minister of the Uniting Church in Australia (UCA). Ordained in 1981 he has served two rural Parishes, as a Presbytery (similar to a Methodist District) Minister with responsibilities for pastoral care and strategic planning, and for 15 years as the General Secretary of the Assembly of the UCA. As the Chief Executive Officer of the national Council of his church Terence was responsible for running many large national meetings using the UCA consensus based approach to decision making.

Corkin has been engaged as a consultant in relation to alternative business procedures by the World Communion of Reformed Churches, including for its 2017 General Council meeting in Leipzig Germany. Terence is a member of the Executive of the Christian Conference of Asia. He is a graduate of the prestigious Australian Institute of Company Directors and a nationally accredited mediator with a focus on working with churches.