Ancient Christian traditions framed in conversation with their original settings and with a range of religious voices across time and place.

Historical introductions to the New Testament typically devote careful attention to its ancient context, exploring these texts against the backdrop of Jewish and Hellenistic thought. But biblical scholars have been slower to appreciate the pluralistic setting in which students of all ages read the New Testament today.

Students today bring to the study of the New Testament an increasing sense that its message, while dominant in the Western world for millennia, is now just one voice among many religious (and philosophical) options. In this book, students encounter the New Testament in relation to the wider landscape of sacred traditions—both ancient and contemporary. What is more, they will reflect on the ways in which both writers and interpreters adopt, adapt, and elaborate on common views and practices in their own cultural settings. Rather than a repository of doctrinal beliefs, the New Testament emerges as a lively conversation partner in the human quest for meaning and purpose.

Several features distinguish The New Testament Conversation from other introductions to the New Testament. The book combines standard historical and literary scholarship on New Testament writings—presented in the body of the work—with selected excerpts from non-Christian traditions. In addition, students will encounter diverse interpretations of selected New Testament passages across time and place. Finally, this book presents historical, literary, and theological questions as mutually illuminating, rather than oppositional. This book describes the New Testament’s contents as inherently religious responses to the realities of the Roman world—both in occupied Palestine and beyond. Jesus appears in these texts as a savior who is apocalyptic prophet, messianic figure, and community organizer. As a divinely-sanctioned agent of God’s coming reign, Jesus elicits allegiance to a divine, rather than human, ruler in ways that carry both religious and socio-political implications. Thus, more than other books, this textbook highlights the communal context and implications of each writing. 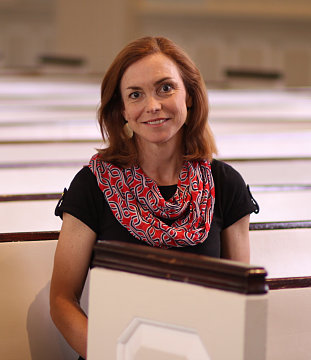 Suzanne Watts Henderson is Professor of Philosophy and Religion and Dean of the Belk Chapel at Queens University of Charlotte in North Carolina. She teaches courses in Bible and world religions and is the director for the Center of Ethics and Religion. She is an ordained minister in the Christian Church (Disciples of Christ). Henderson has published widely in the field of New Testament studies and is a frequent presenter both in academic settings and in the wider community. She received her MDiv from Princeton Theological Seminary and her PhD from Duke University.