Decipher what you can and should believe in.

In this “letter” to the next generation, Wogaman, a pastor, ethicist, and grandfather draws on a wealth of experience to share what truly matters.

Today’s young people yearn for authenticity and truth. However, the important aspects of truth, character, politics, community, family, education, religion, and vocation can get muddled by our cultural experiences. This book offers the opportunity to learn something from an older generation’s experience of what matters—and about what doesn’t matter much.

What Matters addresses our broader cultural issues in the twenty-first century world. Explore why many young people have become disillusioned, even cynical, about major aspects of contemporary life. Wrestle with why is it hard to accept religious assumptions that were simply taken for granted in an earlier era. Contemplate the difficulty of seeing beyond the self-serving of many politicians. Come to appreciate why religious, political, economic, and educational institutions still matter.

By tackling our tough questions about today’s world, we can come to better understand what’s truly worth believing in, and how our decisions and actions build a life that matters. 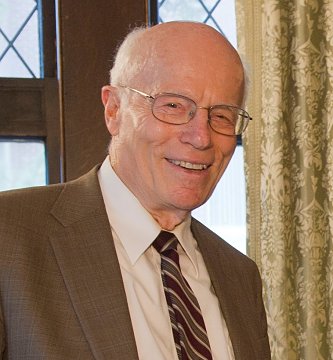 J. Philip Wogaman is former Senior Minister at Foundry United Methodist Church in Washington, D.C. (1992–2002), and former Professor of Christian Ethics at Wesley Theological Seminary Washington, D.C. (1966–92), serving as dean from 1972-83. Outside of theological circles, Wogaman is perhaps best known as one of the religious leaders who counseled President Bill Clinton, who attended Foundry Church during his terms as U.S. president. Wogaman is a past president of the Society of Christian Ethics of the United States and Canada (1976–77) and the American Theological Society (2004–05), and a member of the founding board of the Interfaith Alliance. He lives in Silver Springs, MD.