The Bible and Moral Injury offers an exploration (with case studies) of the interpretation of biblical texts, especially war-related narratives and ritual descriptions from the Old Testament, in conversation with research on the emerging notion of moral injury within psychology, military studies, philosophy, and ethics. This book explores two questions simultaneously:

The book begins by explaining the concept of moral injury as it has developed within psychology, military studies, chaplaincy, and moral philosophy, especially through work with veterans of the U.S. military’s wars in Afghanistan and Iraq. A major part of this work has been the attempt to identify means of healing, recovery, and repair for those morally injured by their experiences in combat or in similar situations.

A key element for the book is that one feature of work on moral injury has been the appeal by psychologists and others to ancient texts and cultures for models of both the articulation of moral injury and possible means of prevention and healing. These appeals have, at times, referenced Old Testament texts that describe war-related rituals, practices, and experiences (e.g., Numbers 31). Additionally, work on moral injury within other fields has used ancient texts in another way—namely, as a means to offer creative re-readings of ancient literary characters as exemplars of warriors and experiences related to moral injury. For example, scholars have re-read the tales of Achilles and Odysseus in The Iliad and The Odyssey in dialogue with the experiences of American veterans of the Vietnam war and the moral struggles of combat and homecoming.

In the end, The Bible and Moral Injury suggests that current formulations of moral injury provide a helpful lens for re-reading the Bible’s texts related to war and violence but also that biblical texts and their interpretation offer resources for those working to understand and express the realities of moral injury and its possible means of healing and repair. 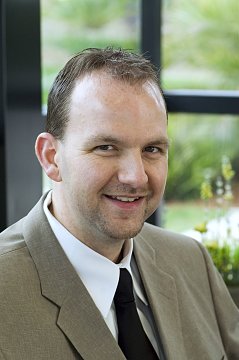 Brad E. Kelle is Professor of Old Testament and Hebrew, School of Theology and Christian Ministry, Point Loma Nazarene University in San Diego, California. He has served as the chair of the SBLâ€™s Warfare in Ancient Israel Consultation at the Annual Meeting of the Society of Biblical Literature. He is also the past president and current member at large (executive board) of the Society of Biblical Literature Pacific Coast Region. He is the Old Testament editor for Currents in Biblical Research and has written or edited a variety of works on the Old Testament and ancient Israel.