How do we make sense of our lives in this world when there is no other life and no other world except the ones we’ve been given?

Bishop Nacpil’s book connects the creator with the creation. It deals with the longing for the elusive and unfathomable something that strengthens reader's relationship with the creator. It delves into his or her relationship with God and God’s relationship with the person as an unbreakable bond, which Bishop Nacpil describes as a spirituality that secularizes. He describes how the Spirit is at work within each person, empowering them to make choices that promote, preserve, and enrich creation. Without the Spirit, everyone would float above their vessel of clay rather than fully living in it. The book enables the reader to see not only a meaningful wholeness out of his or her frenzied life but also that the good each person do in the secular world is their active participation in the work of the Spirit. 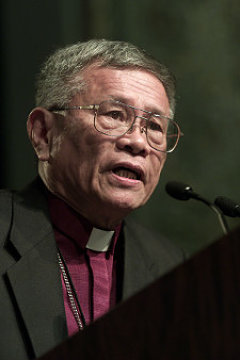