“Does the preacher now impress us as a ‘legate of the skies’? To many he is a pathetic figure, an anachronism, a stage-joke—an inoffensive little person jostled by the crowd, and wearing the expression of a startled rabbit. With one hand he holds a circular hat on a bewildered head and with the other desperately clutches an umbrella. The crowd pushes him from the sidewalk; the traffic shoots him back into the crowd. Some curse him; a few laugh; most are unaware of his existence.” (George Buttrick, Lyman Beecher Lectures, 1931).

Whether we need preaching has been asked for hundreds of years, long before an age of media saturation from streaming 24-hour news, entertainment, politics, and sports. This question hounded George Buttrick, one of the most profound preachers of the twentieth century and often compared with Billy Graham. Buttrick offers a compelling answer to the question, but his answer remained hidden for 40 years until now.

In George Buttrick’s Guide to Preaching the Gospel, we learn why the world needs competent preachers, what the preacher must preach about, and how the preacher goes about creating the sermon with daily discipline and several practiced skills, including research, charting, outlining, writing, and performance.  These writings have never been published before and were found by his grandchildren after his death. A brief biography of Buttrick introduces this master orator and professor to readers who do not know his work.

Editor Charles N. Davidson, a retired Presbyterian Church (USA) minister, psychotherapist, and professor, was pastor of congregations in North Carolina, Florida, Georgia, and Virginia; a clinician with Pastoral Counseling Services of Central Virginia; and undergraduate professor of history and philosophy as well as the Darrel Rollins graduate professor of pastoral theology, care, and counseling at Virginia University of Lynchburg. He resides in Asheville, North Carolina. 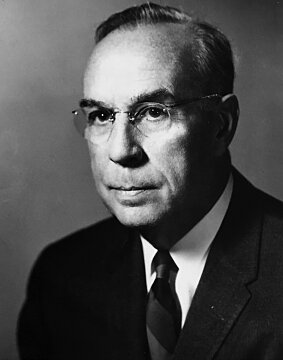 George Arthur Buttrick (March 23, 1892 – January 23, 1980) became one of the most influential preachers in the United States and England. He was the famed pastor of the Madison Avenue Presbyterian Church in New York City, and professor of preaching at Harvard, Garrett, Vanderbilt, and Louisville's Presbyterian and Southern Baptist seminaries. As the general editor of the bestselling Interpreter’s Bible Commentary (over 275,000 sets sold) and the Interpreter’s Dictionary of the Bible (over 75,000 sets sold), Buttrick became a household name between 1950 and 1990 among one million preachers from nearly all denominations. Buttrick was the author of 13 books about parables, prayer, evil, and other topics. He was also active on social and political issues, including anti-war campaigns and civil rights.