Discover and define the characteristics of worship to lead more meaningful services.

Within the broad range of Christianity we find diverse understandings of what makes for “good worship.” The Purpose, Pattern, and Character of Worship develops a typology of Christian worship to provide a method of assessing the decisions of congregations and leaders in forming and changing the orders of their worship.

Among contemporary western Protestants, we identify at least six discrete characteristics of worship:

These patterns define contemporary expression as:

Absent an overall authority for the structure of worship (such as the Episcopal Book of Common Prayer), many Protestant congregations have developed a “conflation of patterns,” which often creates incoherent worship. This book helps leaders define the purpose, character, and pattern of their community’s worship. 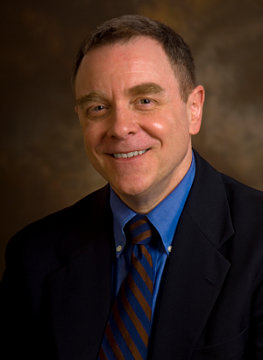 L. Edward Phillips is Associate Professor of Worship and Liturgical Theology, at Candler School of Theology of Emory University. Dr. Phillips has interests in the practical and pastoral aspects of the historical churchâ€”how the church conducted worship, initiated Christians, and organized ministriesâ€”as a way to understand the development of Christian theology and practice for the present. He is editor-in-chief of the journal Liturgy. From 2001-2004, he served as chair of the Holy Communion Study Committee for the General Conference of The United Methodist Church. In his role as chair, Phillips traveled extensively, meeting with Methodists throughout the United States, Europe, and Africa. In 2009, Dr. Phillips was invited to participate in the Roman Catholic-United Methodist dialogue on the Eucharist, sponsored by the US Conference of Catholic Bishops and The United Methodist Church. He is currently working on a book on the development of contemporary patterns of worship in the United States. He is a recipient of the Louisville Institue Sabbatical Grant for Researchers for the 2011-2012 academic year. Dr. Phillips is an ordained elder in the Memphis Annual Conference of The United Methodist Church.