Women preachers are everywhere. The pulpit, once a bastion of male presence and power, has become, in many denominations, a place where women regularly exercise their gifts, leading congregations and proclaiming God's word each week. The number of women scholars who are publishing and teaching in the field of preaching has also expanded dramatically.

Leonora Tubbs Tisdale explores how the presence of women preachers and scholars of preaching has transformed the practice of homiletics this country—from the reclamation of women’s “herstory” in preaching, to the topics addressed in preaching and scholarship, to the way in which Biblical hermeneutics and theologizing are undertaken in preaching, to the imagery, illustrations, shape and embodiment of the sermons themselves.

How Women Transform Preaching begins with a fascinating survey, including statistical information and historical analysis. Interviewing 16 women preachers/homileticians, Tisdale shares ‘untold stories’ of women preachers throughout history who are largely unknown but who serve as examples of both the struggle and power of women’s preaching. She then tells the stories of contemporary women preachers. Throughout, Tisdale draws practical lessons for the reader, showing what students, homileticians, and preachers can learn from extraordinary women preachers. 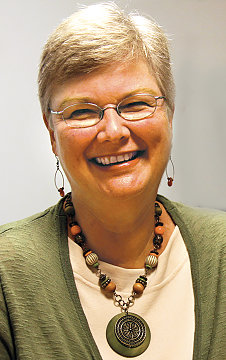 Leonora Tubbs Tisdale is the Clement-Muehl Professor Emerita of Divinity (Preaching) at Yale Divinity School. Her research and teaching interests include: prophetic preaching, women and preaching, and congregational studies and preaching. She is the author or editor of twelve books, including Preaching as Local Theology and Folk Art, Prophetic Preaching: A Pastoral Approach, and A Sermon Workbook: Exercises in the Art and Craft of Preaching.  She edited three volumes of the Abingdon Women’s Preaching Annual.  She also served as one of the authors of The History of the Riverside Church in New York City, writing the chapter on that church’s rich preaching and worship history. Her recent devotional book, The Sun Still Rises: Meditations on Faith at Midlife, was written over the span of 14 of her own midlife years.

Before beginning her tenure at Yale, Professor Tisdale served on the faculties of Princeton Theological Seminary, Union Presbyterian Seminary in Virginia (now Union Presbyterian Seminary), and as adjunct faculty at Union Theological Seminary in New York. She has been a pastor in congregations ranging in size from 33 to several thousand. While on the pastoral staff of Fifth Avenue Presbyterian Church in New York City, she directed a lay seminary that offered courses for over 2000 people in the greater NYC area.  Professor Tisdale is a former president of the Academy of Homiletics, the professional society for North American teachers of preaching, who presented her with a Lifetime Achievement Award in 2018.  She is an ordained minister in the Presbyterian Church (U.S.A.)  She is now retired and living with her husband Alfred in Durham, NC, close to extended family.